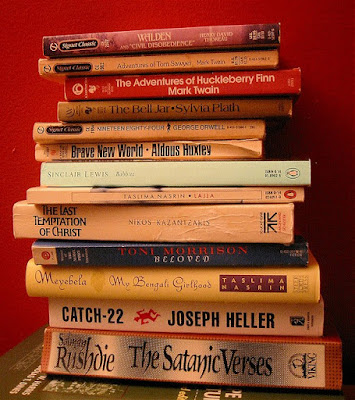 In Richardson ISD's June 18th runoff election for its District 2 seat on the Board of Trustees, I'll be voting for Vanessa Pacheco. I won't be voting for Sherry Clemens because of dealbreakers like this: she's against books with serious themes.

Here is how her position is described by The Dallas Morning News.

She appeared on a conservative podcast. She said several titles [on an optional book club list] contain "left-wing ideology — there’s homosexuality, there’s a lot about gender identity, which I think is a huge hot topic right now and scary for our girls to be exposed to." In an email, she also said she was troubled by a book that discussed suicide and that other titles had "themes revolving around race, gender and sexual identity."
Source: The Dallas Morning News .

Suicide, race, gender and sexual identity, even sexual assault are all issues kids encounter in their lives, more often than some of us care to admit. I hope kids are learning at home how to deal with these issues, but in some homes that doesn't happen. Kids will see and hear things on the internet or from their peers, things they don't always understand or feel comfortable talking about with their parents. The misinformation they learn through those channels needs to be balanced by sensitive, age-appropriate, accurate information imparted by professional educators. Sometimes even that is too difficult for some young persons to face. Young adult literature featuring characters dealing with social trauma is one tool that allows adolescents facing these issues to feel they are not alone. It also allows adolescents to understand better what their friends might be going through. Literature imparts not just information but empathy.

Removing books with serious themes from libraries and classrooms is a disservice to children. I would join with parents in opposing such censorship. What's a good compromise? Schools today already require permission forms for potentially controversial books. They sometimes miss something, but adjust the lists when appropriate. Requiring permission forms "for everything," as Clemens called for in the podcast, is counter-productive. That policy would lead to some books that need parental oversight being lost in a deluge of permission slips. RISD already provides an online resource that provides a book's subject, a plot summary, and sometimes independent reviews. Beyond that, asking schools to list everything in every book that a parent like Sherry Clemens might believe is "left wing ideology" is not just impractical, it's impossible. Schools can't possibly anticipate everything that might upset some parent or another.