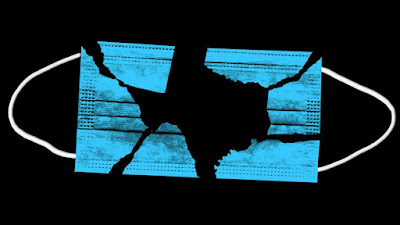 In Richardson ISD's June 18th runoff election for its District 2 seat on the Board of Trustees, I'll be voting for Vanessa Pacheco. I won't be voting for Sherry Clemens because of dealbreakers like this: she opposed efforts by RISD to mitigate COVID-19 transmission.

Sherry Clemens publicly addressed the RISD school board on January 10, 2022, on the subject of COVID. She wanted RISD to make wearing a facemask "optional for parents that need the option." RISD already had that option, but not for just anybody who wanted. Clemens asked for an exemption for her daughter and it was denied. Trying to litigate the matter in public at a school board meeting may get Clemens publicity, but it's not an effective way to get an exemption. The temporary requirement was reviewed as originally planned on January 31, and lifted at that time based on public health trends.

Sherry Clemens addressed the RISD school board again on February 21, 2022, also on the subject of COVID. She raised an alarm over following practices recommended by medical experts, describing the experts as a "so-called COVID task force, which was really made up of five local doctors who only presented one side of the COVID narrative." If we're going to have a committee to advise on public health, I want doctors, I want medical experts on the committee. I don't want to enlist anti-maskers and anti-vaxxers just to ensure "both sides" are represented.

Do have a political agenda. Do you even have kids?

Exactly my thoughts...you just worded it so much better than I. Thanks!!

Very jingo this post seems. I will vote for Sherry because the establishment that has failed our kids (50% read on grade level) are pushing hard against her.

He makes his "agenda" (viewpoint) clear with well reasoned essays for our consideration. He is knowledgeable and provides sources for his statements. What a great way to advocate for a point of view.

Yes. The current system is complete failure. We need change.

Responding to: "The current system is a complete failure. We need change".

This is another example of a logical fallacy very popular in today's inflammatory political rhetoric, sometimes described as the "Black-or-White" fallacy, or the "False Dilemma".

But here's the danger of "Black-and-White" thinking. Surely, RISD public schools are not a "complete failure", as claimed by the "Anonymous" blogger. Surely our education system needs improvement, and that's what we should be aiming for. There are doubtless many ways to accomplish this, and I personally believe Vanessa Pacheco is more capable of leading this effort than Sherry Clemens. Others may have a different opinion.

So let's say, tentatively, we can assume that the RISD public schools are not as successful as they could be, but they are also not a "complete failure". This implies that "change" might make the situation worse than it is, and conceivably much worse. This is my concern regarding Ms. Clemens. I've seen the harm brought our national politics by the sort of extremist rhetoric as is behind Ms. Clemens' campaign. I believe it would be very dangerous to bring this sort of politicized divisiveness to our local schools. That is why I support the non-partisan campaign of Vanessa Pacheco.