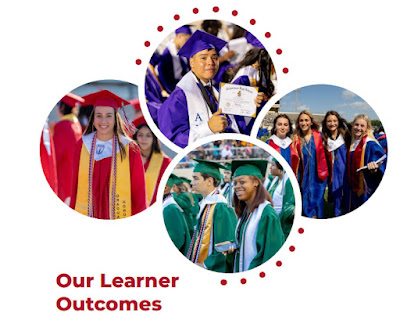 I attended the June 6th Richardson ISD school board meeting to keep an eye on what these trustees I elect are up to. I learned something on one subject, I had my attitude adjusted on another, and I wholeheartedly agreed with another member of the public on a third issue.

For years, I've heard of safety concerns surrounding use of schools as polling locations. It's possible, just possible, that this year's school shooting in Uvalde might lead to a change. During the RISD school board meeting, I learned that Texas state law doesn't give school districts the option to refuse to use their schools as polling places. Who knew that all along we should have been blaming the state legislature and not our local school boards? Now RISD is exploring other options for the state to consider. RISD already schedules a school holiday for the Election Day in November, a Tuesday, so problem solved there. But there are too many other elections in Texas to add that many holidays to the school calendar. So the most popular option for the other elections is to get the State of Texas to move all of them to Saturdays. An alternative is to change the election code to give schools the power to say no to being used as polling places. Another alternative would be to allow schools to close on election days with no financial penalty to the school district. It's unclear if the state legislature will entertain any of these options, but this year offers the best chance of movement on this. None of the options takes people's gun rights away. Instead, the options get the children out of the buildings when people who might have guns are there.

The RISD school board adopted a "Graduate Profile". When this was brought up in March, I was dimissive of this exercise, but I have to take back what I said. I was wrong. (See, I can say it.) The exercise didn't experience the disagreement and rancor that I anticipated. And the result highlights skills that might not be explicitly spelled out elsewhere. These include Financial Literacy, Critical Thinking/Problem Solving, Real World Connections, Effective Communication, and Emotional Intelligence. There's nothing novel here, but the group exercise of reviewing, brainstorming, and wordsmithing to come up with this Graduate Profile has benefits just from doing the exercise. So, good job.

Finally, there was one speaker during the public comment section of the meeting that I found myself enthusiastically but invisibly making jazz hands for. The speaker said, "I speak now of current politics of old modus operandi, chiefly the besmirching, denigrating dismissing of a candidate with lies, absolute lies, etc. The toxic and cut-throat, yellowbelly, turncoat, quislings who operate in dichotomous worlds where we have binary choices. We need to stop that." I fully agree. We need to stop that. Let's not call people names like "cut-throat, yellowbelly, turncoat, quislings."

Mark this is terrific. Many thanks to yoo for your wisdom. Best, Carl Youngberg

And owing to the inscrutable machinations of the human brain, including the endlessly useful tool of projection, I have no idea who the poor fellow was railing against.

In any case, I'm with you, Mark. Name-calling is for morons.

Just have to make sure everyone knows that my last sentence "Name-calling is for morons" was intended to be humorous. (Actually, I'll be so bold as to say it actually WAS humorous.)