The Richardson City Council meeting June 13, 2022, has three items on its agenda that could turn out either bad, really bad, or maybe a mixture of bad and not so bad. We'll see.

The VW dealership in the Interurban District is making another run at ruining Richardson's "edgy, mixed-use district built upon the existing bones of the development." Read what I had to say August 15, 2013, when an auto dealer last tried to pull this on this property: "Lemon". The Wheel's odds of the City Council approving this...again...are set at 10:1 in favor.

Every time we get a car, this place turns into a whorehouse. 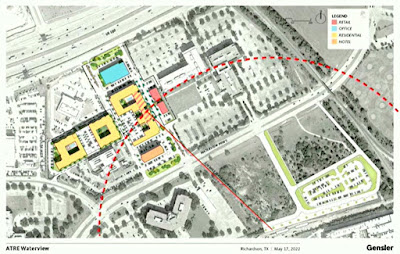 That landowner north of UT-Dallas who has brought plan after plan for student housing near UT-Dallas and the future Silver Line DART station is making another run at it. He's back with the first stage of a mixed-use development that will eventually include housing, retail/restaurant, and a small hotel. Sounds like transit-oriented development, right? Something the City says it wants, right? Well, The Wheel's odds of the City Council approving this sensible plan are set at 3:1 against. 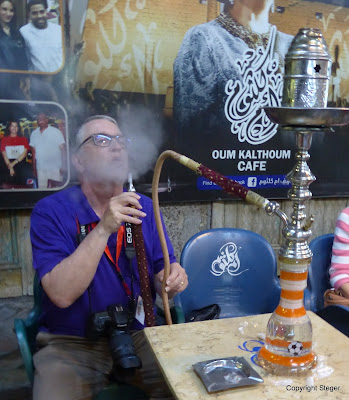 Yours truly enjoying hookah in Egypt

Then there's the wild card on the agenda. On May 9, 2022, the City Council approved a request to rezone two lots on Abrams Rd at E. Buckingham Rd for a restaurant with an outdoor patio with hookah smoking. Why is it back on the agenda Monday night? That's unclear, at least to me. Is this the way it's always handled? Council approves, City staff then drafts an ordinance (No. 4430), then Council has to approve the ordinance? If yes, why is it not in the consent agenda? Is it going to be deliberated on all over again? Again, it's unclear. The Wheel's odds of some kind of double-cross are set at ¯\_(ツ)_/¯

Update: The second vote, on June 13, was to approve the ordinance that the council vote on May 9 directed staff to draw up. This second vote is almost always a formality. It's usually included in the so-called consent agenda which includes non-controversial items. Except this time someone objected. The item was puleed out of the consent agenda, deliberated all over again, and this time Joe Corcoran flip-flopped, causing the ordinance that was earlier agreed to by the Council, to fail in the final vote.

I was 3 for 3. All the council actions tonight were bad. Auto dealer was approved. Student housing was denied. Joe Corcoran flip-flopped and his no vote led to the council rescinding its earlier approval of the Turkish Cafe.

The lone bright spot in the night was the City Council (led by Paul Voelker) giving the landowner by UTD hope to believe that if he waited until he could present an application for the whole 13 acre property, and not just the 3 acres that was before City Council tonight, that there's a good chance Voelker would flip his vote and thereby flip the Council. And Voelker committed to working with the City to accelerate the schedule for when that future application could be scheduled.

So the question is why did Voelker flip-flop (in sentiment towards this project, if not yet in concrete vote)? He said, "Would I love there to be international office there wanting to be adjacent to a tier one research university. Absolutely. That's what I would love to see. But I'm prepared to look at market conditions and realities." But that was true the two other times this project came forward, so why did he flip-flop now and not before? He also said, "I know the university is excited about the hotel." So, I suspect he's coordinating with UTD. And UTD would benefit from a nearby hotel. And now UTD probably realizes that there's enough demand for student housing to allow a little competition, so it's withdrawn its objection to this project. Expect Voelker's approval of a resubmitted application to be conditioned on the applicant building the hotel before, or at the same time as, the multi-family apartments.

The VW rezoning case exemplifies the lack of urban development vision on Council. The City spent how long, a year, on the master zoning for the Interurban Subdistrict, then the Council set that all aside in approving the VW application. All they paid attention to were the cosmetics, not the vision used to develop the form-based code for the district (Joe Corcoran excepted). When they got the developer to screen the dumpsters and replace the chain link fence along Interurban with an iron fence, they patted themselves on the back as if they achieved something more than putting lipstick on a pig.

In hindsight, I'm surprised that the Turkish Cafe was ever approved. Outdoor music, hookah, and belly dancing was a bridge too far for Richardson. But it was. That someone was able to get a couple hundred signatures on a petition should surprise no one. But to reverse a decision because of a last-minute petition is surprising. It says Joe Corcoran can read an application, listen to the applicant address any concerns he might have, listen to any inputs of citizens at CPC and City Council public hearings, listen to fellow council members, decide to vote yes, then flip-flop on his vote because of a last-minute petition. That's not representative government. That's government by petition. Not even California does it that way.