Why I Support DEI, In One Graph 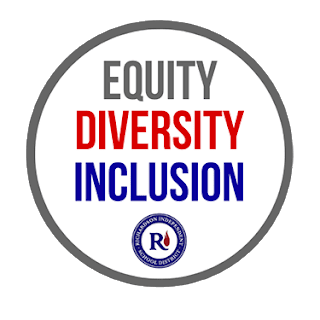 DEI (or EDI, as the Richardson ISD prefers) stands for Diversity, Equity, and Inclusion. Simply, it means that "all people, regardless of race, gender, or other demographic attribute, should be able to succeed." Somehow, teaching that noble goal has been twisted into something members of the RISD community, in public comments at a recent school board meeting, called "racist indoctrination" and "hateful divisive ideology" and "brainwashing." Whoa.

Then I came across one simple graph that highlights the fact that something is wrong in RISD, and, yes, it has to do with race. It highlights a racial divide in school rankings. I'm willing to listen to suggestions for how to address it, but I won't be convinced by anything that doesn't start from a premise that race is at the root of a problem here in RISD.

Here is the graph. RISD's elementary schools are graphed along the x-axis. First note the solid lines that slope from upper left to lower right. Those measure the percentage of students in each school who are "at risk" or "economically disadvantaged."

Finally, look at the schools. The five highest ranked schools in RISD, according to Schooldigger.com, are Brentfield, White Rock, Prairie Creek, Canyon Creek, and Mohawk. Notice they are bunched up on the right hand side of that graph. The five lowest ranked schools on Schooldigger are Audelia Creek, Carolyn G Bukhair, Spring Valley, Stults Road, and RISD Academy. They are bunched up on the left side of that graph. That is, school ranking correlates very well with both "at risk" status of the students and with the racial composition of the school. Let me repeat that. School ranking correlates very well with racial composition of the school.

RISD has failed to solve this problem in the fifty years since legal segregation officially ended in this country and in the almost ten years since RISD got out from under a court supervision. Now we have people in RISD who don't even want to talk about the problem. Who think valuing diversity, equity, and inclusion is a "racist hateful ideology." Is it any wonder the problem still exists?

I'm willing to listen to almost any new suggestions for how we ought to deal with this pernicious racial divide in Richardson, except one. I do not believe that ignoring race (acting "color blind" as some call it) is going to do anything about a problem that has such an obvious racial component. As long as there's a strong correlation between the rankings of the schools and their location along the x-axis on that graph, we aren't solving the problem; we are only closing our eyes to it. The DEI policy that RISD adopted is forcing the RISD community to address the elephant in the room. Finally. It's about time.

"I won't be convinced by anything that doesn't start from a premise that race is at the root of a problem." Translation: "If you challenge my premise, definition of the problem, or worldview, then I will automatically disregard what you have to say." We can't accuse Mark of being open-minded, that's for sure.

You can't say that the problem is academic performance, because nowhere on your graph is any metric of academic performance listed. Is it that schools with higher percentages of non-white students also have higher percentages of economically disadvantaged students? If so, then what exactly is the problem with the school district? Doesn't universally-available education solve those problems (albeit taking a generation or two to do so)?

Also, if Diversity, Equity, and Inclusion simply means that "all people, regardless of race, gender, or other demographic attribute, should be able to succeed", can we get an explanation as to why it requires an entire department staffed by non-teaching administrators and develop a K-12 curriculum on DIE that actually doesn't teach reading, writing, or arithmetic at any stage or meets any other state learning objective. Can you show that the DIE curriculum is actually not about making students feel either that they are guilty for disparities that occur in our society, or believe that they are victims of disparities that they cannot do anything about? Because a lot of other places where the DIE words are used, that's is what is being taught.

Anonymous commenters are gutless...unless they're talking to someone woke. Then they know the woke person can't rebut, so they'll just go after their job instead.

Anon., thanks for the feedback. I thought the problem was self-evident from that graph, but let me put it into words. There is an achievement gap (as measured by school rankings) that correlates with race. You ask, "Is it that schools with higher percentages of non-white students also have higher percentages of economically disadvantaged students?" I think that's exactly what it is. I also think that universal, free pre-K might be the most effective way to level the socio-economic playing field in early education. But, as I say, I'm willing to listen to other suggestions for how to address it. Almost certainly, it'll take more than one approach.