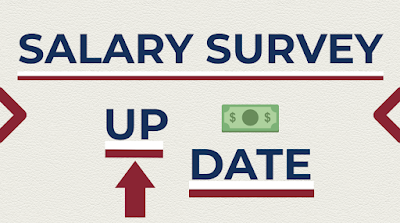 During the public comment section of the April 11, 2022, Richardson ISD school board meeting, one speaker raised a concern about teacher salary compression.

Public speakers are given three minutes. I'm boiling down one person's comment to three sentences:

"We have decent starting salaries for education. This is not where the problem lies. When you've been a veteran educator for three decades and you only make $6,000 more in the RISD than a first year teacher, this is referred to as compression."

What to do about it is another thing. Should teachers be paid more for experience? (Yes.) Can RISD pay more to experienced teachers without paying less to new hires? (I don't see how.) With the state controlling the size of the total pot, giving more to one group seems like it necessarily means giving less to another. Should teachers be paid more for performance? (Yes.) How big should the raises be? (Dunno.) What should the formula be? (Dunno.) Those are thorny questions that the public has never agreed on. Does the RISD have a model they use? (Dunno.) Did previous rounds of raises have an impact on salary compression? (Dunno.) With all those "dunno's", I'm not about to claim to understand how to solve this problem.

We've heard from one member of the public. And now we've heard from me. It's time to hear from RISD. A search of the RISD website using the search term "compression" turns up only three hits, all involving tax rate compression, not teacher salary compression. I know that RISD has talked about this before. It ought to know this topic inside out. Not to have a position on it easily found on the RISD website is a shame. Come on, RISD. It's your turn. Let's talk.