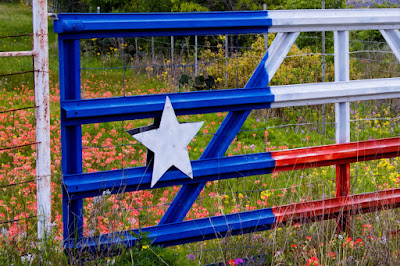 The Texas Open Meetings Act (TOMA) is one of the laws that sounds good in principle, but the devil is in the details. Let's talk about how TOMA gags school boards, and then some simple steps school boards can take to better achieve TOMA's stated aims.

Regular readers know this isn't a new topic here at The Wheel. Here, for example is a blog post from 2011: "Open Mike, Black Hole". Everything in it is still applicable today.

The principle behind the Texas Open Meetings act is simple. I can't fault the goal in any way.

Texas law has long agreed the inherent right of Texans to govern themselves depends on their ability to observe how public officials are conducting the people’s business. That is why the Texas Open Meetings Act was enacted, to ensure that Texas government is transparent, open, and accountable to all Texans.
Source: TOMA Handbook.

One of the devilish details in TOMA is that school boards (and city councils) cannot deliberate any topic that is not listed in a posted agenda. The result of this is that members of the public come before the school board each meeting with complaints, suggestions, requests, whatever, and are met with silence from their elected representatives. Because the subject of the complaint is not on the agenda. Don't blame the school board; blame the Texas legislature. The surest sign that the legislators don't consider this law to be a hallmark of good government is the fact that they exempted themselves from the same law. They can talk about anything they want, anytime they want, in public or in secret, and there's no TOMA for them. Only for local government bodies. "Don't do as we do. Do as we say."

There are two steps the Richardson ISD school board could take to (partially) remedy this. First, they could better explain the law before the public comment section of board meetings. Instead, buried in a long video explaining public comment procedure, they simply say, "The board will not engage in dialog with the speakers." That's it. No why. Not even "State law prohibits the board..." And so the public is left with the idea that the school board is unresponsive to legitimate inputs from the public. The public blames the school board members. That's unfair. The fault is in the TOMA. RISD compounds the fault by taking the blame.

Second, RISD could set up an alternative channel for public comment. RISD is close, so close to this, but, sadly, it misses the bulls-eye. RISD has set up the front end of a system for "engaging with our students, families, staff and community partners so we can better serve our students." That's the "Let's Talk" section of the RISD website. It says, "Let’s Talk is designed to provide a forum for stakeholders to express thoughts and opinions and to obtain general information."

Unfortunately, none of the questions, none of the answers, none of the dialog the inputs might have generated, none of that is published on the website. The whole system appears to be no more than a fancy substitute for just providing an email address that members of the public can use to submit inputs to RISD. "Contact us: risd@risd.org". There. I saved a lot of space on the web page.

In the next few posts, I'll address the members of the public who spoke at the April 11, 2022, school board meeting. Consider it the kind of dialog I'd like to see RISD engage in, despite the handicaps placed before it by the state legislature. Let's talk. Stay tuned.

By the way, that photo above is from the TOMA Handbook. I find it ironic that the photo used by the State of Texas on a handbook of rules to ensure open meetings is of a closed gate.