Who's Running? Who's Not? 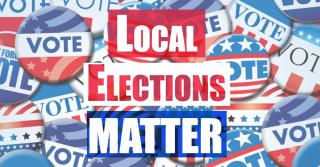 Local elections in Texas will be held May 6. For me, that means City Council for the City of Richardson and Board of Trustees for the Richardson ISD. Like it or not, another election cycle is underway. Candidate information packets have been available for a week now. Applications for a place on the ballot can be filed as soon as January 18. So, who is likely to run?

Incumbents in both districts will run for re-election. That's Debbie Renteria in District 3 and Eric Eager in Place 6. No one else has announced they are running. If that stands, they would face no opposition. But there's still time. I'd be surprised if the anti-mask, anti-vax, anti-DEI faction that made RISD so contentious in 2021 and 2022 doesn't run a candidate in 2023.

For the City of Richardson, all seven places on City Council will be on the ballot, including the mayor's position. All seven incumbents have made moves to indicate they are running for re-election. Those moves range from simply collecting a candidate information packet (Dubey and Voelker) to announcing a re-election campaign (Arefin, Hutchenrider, DePuy, and Justice), all the way to holding a campaign kickoff event (Corcoran).

Picking up a packet is not the same as actually running, but when an incumbent does it, it's safe to assume they will go through with running. For Mayor Voelker, term limits will prevent him from running again in 2025, so this is the last time he'll be on the ballot. He's a shoo-in for re-election, but immediately upon swearing in for his next term, he will become a lame duck because of those term limits. Richardson will experience two years of political jockeying to succeed him. It's been rumored that there are up to three sitting council members who have interest in succeeding him. And who knows whether there are more, either council members or outsiders, who might be tempted to run in 2025? But that's then, this is now. As of today, we don't have any announced opposition to re-election of all seven council members.

On January 12, Mayor Paul Voelker announced he will not seek re-election. I suspected this might be his decision, but when he picked up a candidate information packet, I thought my suspicions were wrong. So why didn't he run? He says it would have been his final term as mayor. That lame duck status was at the heart of why I think he didn't want to run. We'll now have only a couple weeks of political infighting to replace him instead of two years.