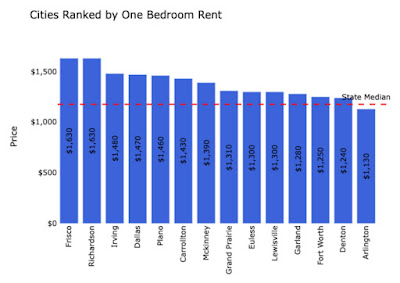 What's in a name? Extended stay hotel, apartment hotel, serviced apartments, suite hotel, or just plain old apartments? What's the difference? Length of stay? Well, I guess, but only if you count averages. "The Falls Church, Virginia Marriott’s longest extended stay guest was a 79-year-old woman named Joy Bricker who resided at the hotel for more than 10 years."

The differences in length of stay means differences in price. Extended stays offer discounts. Apartments typically have the longest stays. Presumably, Joy Bricker would have kept more money in her pocket if that Marriott she lived in for 10 years were an apartment building instead of an extended stay hotel.

What distinctions does Richardson make? The Richardson City Council will get to weigh in on this question January 23 when they decide Zoning File 22-17, a request for the conversion of a 131-room suite hotel to a 131-unit apartment building (Blue Ocean-Hyatt House). This probably shouldn't be all that controversial except that housing issues are always controversial. Especially when the neighbors happen to be the Canyon Creek HOA to the west and Palisades to the north. In other words, bring popcorn.

I'm not a neighbor, but I am a resident of Richardson, so I guess that gives me the right to offer an opinion, too. So I will.

There's little difference between an extended stay hotel and an apartment complex. Be careful: using zoning to approve one use and ban another may be driven by factors other than good urban design considerations.

America, Texas, Richardson, all are in need of more housing of most types. More single-family homes. Especially more single-family cottages, duplexes, townhomes. More so-called accessory dwelling units. More apartments. More hotels, even, if the hotel industry can be trusted when they say the industry is not seeing any slowdown. Why? Because of demand. If supply doesn't grow, prices will.

Richardson is more in need of affordable apartments than hotels. In north Texas, Richardson ranks second in the rental price of one bedroom apartments (see chart above). Converting an extended stay hotel into apartments speaks directly to this need.

One reason why Richardon's average one bedroom rents look to be so high could be because apartments here are newer with more amenities. Converting an old extended stay hotel into apartments should result in an apartment product with more studio units and smaller one bedroom units than a new apartment building would have. This particular one won't have any two bedroom units. One commenter on a Facebook thread on this zoning file said, "500 sq ft is tiny." Hence, the units should be more affordable than units in a new apartment building.

In short, I support this application. The City Council should, too.