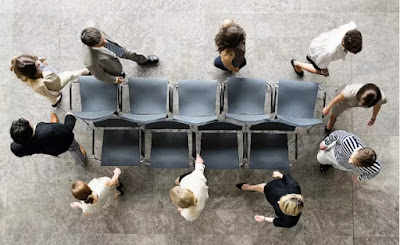 As of yesterday morning, the City of Richardson had seven City Council members up for re-election, none with any opposition. Snooze. By nightfall, we had the mayor's seat open up and up to three individual seats that all just might see new occupants when the electoral game of musical chairs is over and done with.

The game of musical chairs started when Mayor Paul Voelker made the surprise announcement that he would not seek re-election. I say surprise, but his thinking for months suggested this is the decision he might make. He's said his private business responsibilities are making more demands on his time. He's also said that he didn't look forward to being a lame duck, which because of Richardson's term limits he would be during the next term if he got re-elected. It's easy to understand that he wouldn't look forward to trying to govern by consensus for the next two years with one, two, maybe three council members jockeying to replace him in 2025. His decision might be in the best interests of himself and the City. I thank him for his service and wish him well in his future endeavors.

With the mayor stepping down, speculation turns to who might try to replace him. Rumors have suggested that up to three sitting council members have expressed interest. They are, in order of seniority, Bob Dubey (2017), Janet DePuy (2019), and Ken Hutchenrider (2019). DePuy might be seen as having a built-in advantage, as she is currently serving as Mayor Pro Tem, a position that suggests widespread respect and trust among her fellow council members and the community at large. But I wouldn't expect Dubey or Hutchenrider to let that stop their own grab for the brass ring.

Jennifer Justice (2021), Joe Corcoran (2021), and Arefin Shamsul (2021) are considered not to have the seasoning needed for a jump to the mayor's seat, but who knows? Sometimes you have to take the opportunities as they present themselves. Wait and the opportunity might never come again. But none has risen above the others in the freshman class. Each has to be considered a dark horse at best.

In all these cases, candidates will have to make an important decision in a very short time. The deadline for filing is February 17.

A factor they need to consider is that deciding *not* to run for mayor wouldn't save these politicians from facing opposition for re-election to their current seat. There are people in the community who might want to run themselves, but who are waiting for a place to come open, not wanting to challenge an incumbent. Incumbents just don't lose (often). If, say, Bob Dubey is considering a run for mayor, that opens his Place 1 seat for a new person to fill. Once an outsider files for Place 1, Bob Dubey will face an opponent even if he decides not to run for mayor, especially if he procrastinates in making a decision. Likewise for Place 3 (DePuy) and Place 5 (Ken Hutchenrider).

The most interesting outcome would be if three sitting council persons file to run for mayor. Add an outsider or two and things get really interesting. Only one person can win. Sitting City Council members who run for mayor and lose would be off the City Council. That could bring new blood to perhaps three seats on City Council. There's a lot of political calculus being figured today in Richardson. Thinking fast is necessary, both for the sitting council members and for anyone who might be inclined to step up and serve themselves. Opportunity waits for no one.

Choice is good for voters and the City of Richardson as a whole community. It's the voters who will decide who is in each chair when the music stops.

Bob Dubey is out the gate early with this notice: "Bob Dubey for Mayor".