TIL: Who Deserves Rights is Evolving 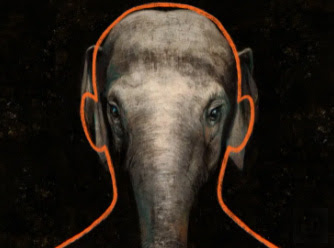 We hold these truths to be self-evident, that all men are created equal, that they are endowed by their Creator with certain unalienable Rights, that among these are Life, Liberty and the pursuit of Happiness.
Source: Declaration of Independence.

All men? Self-evident? 246 years ago, those unalienable rights didn't extend to women and even less so to Blacks. Try to predict what will be considered "self-evident" rights 246 years from now. It's hard. The only thing I'm sure of is that the notions of "common sense" will appear much different to our descendants than they do to us today.

Much of this change is playing out in arcane legal arguments over personhood. Probably the best known example today are laws trying to give legal "personhood" to fetuses. Courts have so far rejected the argument. Even the late Supreme Court Justice Antonin Scalia, who was ready to overturn Roe v Wade, wasn't on board giving fetuses the rights of personhood. "I think when the Constitution says that persons are entitled to equal protection of the laws," he said, "I think it clearly means walking-around persons." Still, courts change, and although there wasn't a majority on the Supreme Court to overturn Roe v Wade when Scalia was alive, there is now. There is probably a majority to give legal personhood to fetuses also, when the right case comes along. And so state legislators keep passing personhood laws trying to get that case before the Court.

There's another legal movement to give legal rights to animals. It's a broad umbrella. The animal rights movement goes back to animal anti-cruelty laws in the 19th Century. Today, legal personhood rulings, of a sort, are appearing here and there, mostly there.

Humanity seems to be edging toward a radical new accommodation with the animal kingdom. In 2013, the government of India banned the capture and confinement of dolphins and orcas, because cetaceans have been proved to be sensitive and highly intelligent, and “should be seen as ‘non-human persons’ ” with “their own specific rights.” The governments of Hungary, Costa Rica, and Chile, among others, have issued similar restrictions, and Finland went so far as to draft a Declaration of Rights for cetaceans.
Source: The New Yorker.

I used to think the animal rights movement was the most likely to achieve victory and change our understanding of self-evident rights. I expected it to take a century, but I expected our descendants to look back at us as barbarians because of how we don't afford animals basic human rights. That evolution is happening, I still believe, but more slowly than I guessed. It's always a century away.

Then there are outlier candidates that cause me to despair. I know that the US Civil War ended slavery in the U.S., doing away with laws that treated African-Americans as chattel property, not legal persons. Changing the law was one thing. Changing people's attitudes is something else again altogether. That brings me to what I learned today.

In 1906, seven years after the founding of the Bronx Zoo, a human being was put on display in a cage. Ota Benga, a young man from what was then the Congo Free State, was placed in the primates hall, alongside an orangutan. He had been brought to the United States two years earlier by Samuel Phillips Verner, a missionary from South Carolina. Verner told the tale that he had discovered Benga for sale in a cage, and had purchased him with a bolt of cloth and a pound of salt.
Source: The New Yorker.

This happened in New York City, 350 miles from the nearest slave state, in the 20th Century, a half century after the 13th Amendment abolished slavery. I've heard this story before, so it's not true to say I learned it today, but it never fails to shock me when I hear it again. People visiting the Bronx Zoo in 1906 were not quite sure if Africans were humans.

Today, I think a fetus personhood ruling from the Supreme Court is possible, maybe even likely, perhaps in the next few years. Animal personhood (for elephants, whales, and who knows what other species) is possible as well, but it's still a century away. But as the saga of Ota Benga shows, granting legal personhood to former slaves, as hard as it was to achieve for African-Americans, is not the end of the war. Expect battles over fetus personhood and animal personhood to wage for centuries as well. But I'm confident that what we consider "self-evident" in all these things will be as different in 246 years as what we consider "self-evident" about human rights today is from what it was 246 years ago.

Although not as jolting as the Benga story, I have watched The Gilded Age (HBO Max) and Sanditon (PBS) to see some of the ways that attitudes at the turn of the 19th century were slightly different from where we are today. We are all captives of our time in history. Casey Hurley

"The Gilded Age" provides much food for thought. Is it an accurate reflection of attitudes in 1882? Or a reflection of modern attitudes twisted to fit an 1882 narrative? Consider Star Trek. Filmed in the 1960s, set in the 23rd Century, the bridge of the Starship Enterprise had an admirable diversity of cast, but the woman on the bridge, Uhuru, was still the switchboard operator. I suspect The Gilded Age is full of such influence.

TGA matches some of the cultural elements discussed in Albion's Seed. The theme of that book is that British immigrants brought the distinct elements of their cultures, when they arrived in America. So, I could look at TGA as being influenced by modern norms, or I could look at it as if it reflects the theme of that book. I believe it has both elements affecting how situations and people are portrayed.
Reading Albion's Seed taught me that I am even more idealistic than I thought, if I believe education can improve society. That book explains that nothing has changed the fundamental norms and values from the 17th, 18th and 19th centuries, when Brits immigrated to different parts of the US. I am living in one of those parts, now -- where the Scotch-Irish immigratedin the late 1700s. The Hatfields and McCoys conflict is still alive in these parts.