RISD: The Night of the Long Knives

"June 10, 2019, is a big day," Superintendent Jeannie Stone said. "It's a big, big day." It was the day that the Richardson ISD Board of Trustees adopted the RISD Equity, Diversity, Inclusion (EDI) Policy in a unanimous 7-0 vote. "Once approved, trustees and members of the public delivered a standing ovation."

That was 2019. It was the same year that RISD adopted a 5-2 single-member district voting system, putting to rest a lawsuit against the district for violating voting rights of minorities. It was the same year the Texas PTA named Dr. Jeannie Stone "Superintendent of the Year." All of that was just two years ago, but somehow it now seems like so long ago. 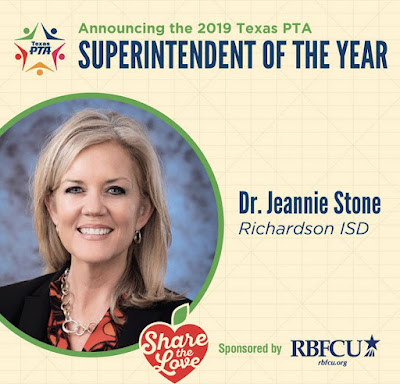 What's happened since then? Dr. Stone has continued to champion the policies that earned her awards. The wisdom of RISD's EDI policy was made evident by the public reaction in 2020 to the murder of George Floyd in police custody. That shock reached RISD and is still reverberating through RISD today. Our community needs to figure out how to talk about race, ethnicity, religion, gender and sexual orientation. Our children need to, too, in age-appropriate ways. We can never make progress towards equity, diversity, and inclusion without being able to.

Likewise, the difficult actions taken by Dr. Stone and supported by the school board, led by former President Karen Clardy, in the face of the COVID-19 pandemic, were sincere attempts to protect the health and safety of our students, teachers, staff and visitors to our schools. Academic performance took hits all across Texas and America during the pandemic, but the hit taken by RISD was less than elsewhere. Instead of support and gratitude, these good-faith efforts were met by public vitriol.

On both EDI and Covid-19, Dr. Stone's performance showed why the Texas PTA was right in naming her its Superintendent of the Year in 2019.

Since 2019 six of the seven members of the Board of Trustees have left office. None of them expressed lack of confidence in RISD or its leadership. An argument can be made that, with the turnover, the new Board of Trustees has become dysfunctional in just two years. The new board is split. Those whose support for Dr. Stone's actions on COVID-19 safety protocols and EDI policies is in doubt are in the ascendance. Dr. Stone and Clardy were on the receiving end of contempt by some very vocal members of the community. Public signs of support by board members was rare. I suspect some board members might even have privately shared some of the public disdain for district leadership. Although Clardy never publicly explained her reasons for resignation in September, 2021, how could losing the support of her fellow trustees not have played a part?

At that point, Dr. Stone herself probably also no longer has the support of a majority of the remaining six persons on the board. With public opposition growing and with support for her on the school board ebbing away, Dr. Stone's own departure seems inevitable. The only question is when.

Monday night the board went into closed session for an agenda item that simply said, "Superintendent's Evaluation." No one is speaking publicly, but it is reasonable to conclude that this was no routine annual evaluation. The night of the long knives appeared at hand. No action was taken immediately after the end of the closed session near midnight, but if a departure is being arranged, legally, financially, and politically, it wouldn't be surprising if it couldn't all be finalized in one late night session. The handwriting is still on the wall, if the exact timing remains unknown.

If this plays out as expected, an insurgent faction on the school board has taken control. The district's future ability to deal with public health crises is significantly weakened. The district's EDI Policy is threatened, too. I have little confidence our remaining leaders will resist the opposition to EDI that is already leading to a purging of teachers, principals, and even library books elsewhere in Texas. With this new board in charge of hiring Dr. Stone's replacement, it's likely that the candidate they'll favor will be someone who will drop the ball on EDI and public health to focus instead on "basics," as if EDI and public health are not essential prerequisites for effective education in the basics.

Who knew that the last few elections for RISD Board of Trustees would mean such a devastating change for RISD? Can RISD restore the optimism we had in 2019? The elections for Board of Trustees in 2022, 2023, and 2024 will be the most critical elections for RISD in a generation. Whether we can turn things around and salvage some of the achievements of Dr. Stone's tenure will depend on whether we elect leaders who recognize the mistake we seem to be intent on making now.

The Night of the Long Knives, Part II.
A special called meeting for December 6. Only agenda item: a closed session with only one item on the agenda: "Superintendent's Evaluation."
https://meetings.boardbook.org/Public/Agenda/705?meeting=508020.

The school board met in closed session for over five hours December 6, adjourning without publicly taking any action. Your inference on the meaning of that is as good as mine.