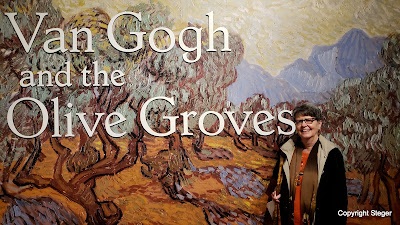 Today's photo-of-the-day is from the exhibit "Van Gogh and the Olive Groves" at the Dallas Museum of Art. It includes a series of paintings made between June and December, 1889, while Van Gogh was a patient at the asylum of Saint-Rémy. The man was clearly on a roll in the last year of his life. One Van Gogh painting (not in this exhibit) sold at auction in 2017 for $81 million dollars. Going by that, this one small room in the DMA contains perhaps a billion dollars worth of art. The exhibit has a letter from Van Gogh to his brother on display in which Van Gogh said he was working on a series of of paintings of olive groves with a hope of selling them for "ornamentation for bourgeoisie homes." That's some decoration! 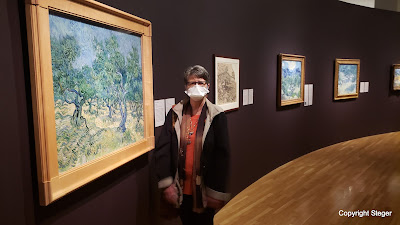 at 6:00 AM
Email ThisBlogThis!Share to TwitterShare to FacebookShare to Pinterest
Labels: Local