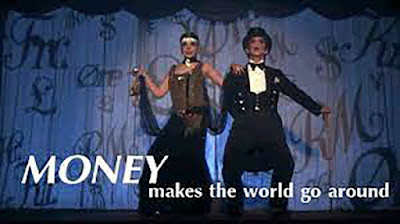 The mid-term elections are over. Did you think you'd get a break from election campaigning? Silly you. The former guy's announcement from Florida says otherwise. Closer to home, Friday will be exactly two months from January 18, 2023, the first day for Texans to file for a place on the General Election Ballot for local political office. If you are considering a run for school board or city council, you've got a lot of work to do before then. You can't afford to wait until after the holidays to get started.

In the 2022 Richardson ISD school board race, one candidate (Sherry Clemens) raised $55,165 for her campaign. On top of that, she was supported by the Richardson ISD Families First PAC, which Transparency USA reported spending $54,825 during the election cycle. If you are thinking of running, I don't say that to scare you off. After all, Sherry Clemens lost despite all that money. I'm just saying you need to start laying the groundwork now if you don't want to be buried under another avalanche of cash from the next partisan extremist who wants to turn public education upside down. City council races are not safe either. I'm surprised we haven't seen an influx of extremist partisan viewpoints into city council elections also.

So, who is going to step up and run in the face of this? Well, "The Great Mentioner" describes the phenomenon whereby certain people are "mentioned" as possible candidates for office. Who is the Great Mentioner and who is he talking about this year? I don't know and no one much. But let's not let that stop us.

Richardson ISD has two districts up for election: Single Member District 3, represented by Debbie Rentería, and At Large Place 6, represented by Eric Eager. Both are expected to run for re-election, but that's based only on the fact that neither one has said they won't run. There are no whispers whether Sherry Clemens might make another grab for the brass ring. One name that has been rumored to be interested in running is gadfly Euan Blackman, the jazz-hands-waving, head-shaking regular critic appearing at school board meetings to express his disapproval about, well, in the words of Marlon Brando, "Whadda Ya Got?" If there are others thinking about running, the Great Mentioner hasn't heard.

As for Richardson City Council, the Great Mentioner is mostly silent as well. One exception to that is Arefin Shamsul, who has made it clear that he intends to run for re-election in Place 6. With one term under his belt, he will be a strong candidate for re-election. One new name who has appeared in rumors in the past who might be interested in a promotion is City Plan Commission Chair Bryan Marsh. Regular readers know that The Wheel is not too impressed with the appointees on the CPC, starting at the top. One exception to that is Vice Chair Stephen Springs, but the Great Mentioner is silent about whether Springs has any interest in higher office.

Something that could create a huge change on Richardson City Council would be a decision by Mayor Paul Voelker to not seek re-election. He's been silent about his intentions, but rumors have suggested that increased private job responsibilities and a desire not to be a lame duck mayor (if he ran and won in 2023, term limits mean it would be his last term on City Council) might lead him to step down next year. If he did, two names that the Great Mentioner has heard would be interested in running for Mayor are Ken Hutchenrider and Bob Dubey. Mayor Pro Tem Janet Depuy might be expected to want to step up, too, but the Great Mentioner has not heard this. If the Mayor does decline to run, that could lead to a big shakeup on City Council. So, if you are thinking you'd like to be on City Council, but would never challenge an incumbent, you'd better factor this possibility into your thinking. Waiting until the Mayor announces something might be too late for you to prepare a run for one of the musical chairs that would be opened up by his decision.