The Zoning Process in Richardson is Broken 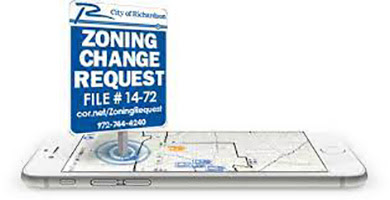 Zoning is a subject that puts people to sleep, until they wake up in a start to discover something going in next to where they live like a huge warehouse distribution center. Then, zoning is the most important thing in the world to them. Zoning classifies privately-owned land into different zones — residential, commercial, industrial, etc. It's what controls what can get built next to your house. The most common forms of zoning have been around for a hundred years (e.g., Euclidean zoning) and have worked well, or at least have worked understandably, until recently. Now, zoning has become hopelessly confusing. A satisfactory successor system has yet to emerge. Let's take a current case in Richardson as Exhibit A (or more exactly Exhibit Zoning File 22-11).

Monday night, the Richardson City Council deliberated a zoning change application that's proving to be a hard nut to crack for everyone. According to The Dallas Morning News, "Alta Terra Real Estate wants to build a combination of student housing, apartments and a small hotel on the property located just north of the UTD campus." How do you build this in a city overlaid with a Euclidean zoning system? You don't. So you ask for your project to be considered a Planned Development district instead. PDs allow for mixed uses in a compact area that otherwise might be zoned for a single exclusionary use. No one wants single-use developments anymore — not property owners, not developers, not even cities themselves. So planned developments are becoming popular.

When a City agrees to a PD with mixed uses, the City loses control over that. The plans, the intent, the "aspiration" if you will, might be for a glorious mixed-use development. The risk is that business conditions might change half way through construction. Examples where this has happened in Richardson are Palisades and the HALL Park development on the Bush Tollway. Both projects were intended to have both residential and commercial components, but stalled after apartments were built. Mayor Voelker said, "Fool me once, shame on you. Fool me twice, shame on me." So going forward, he wants a guarantee that *all* the different uses that the developer plans will actually get built. Voelker struggles with how to use zoning to ensure that happens.

His problem is that zoning is the wrong tool for that. Zoning specifies what can be built, not when. Business conditions change. Zoning can't control the business cycle, which is what dictates what developers can do. The City Council wants to extract guarantees from developers that their aspirations will come true. This is wishful thinking. It leads to strategies like tying certificates of occupancy for, say, an apartment building to progress on construction of a second commercial building. That's what Richardson is now doing with the developer in Zoning File 22-11. Even though the developer appears willing to accept this condition, it's still a misguided method to achieve the mayor's goal. In good business times, the second building will get built even without linkage to the first building's C.O.. And in bad business times (say, a severe recession, where money dries up and construction of the second building is delayed), keeping the finished first building vacant, not producing any revenue for anyone, is merely punitive. It doesn't help get the second building going. It's counterproductive to all, as the owner is reaping no rents on the first building and the City is reaping no taxes on an operating business there.

So I say the current zoning process is broken. The ad hoc bandage that the Richardson City Council is trying to apply is poorly thought out. It's unlikely to work when put to a stress test of the business cycle. Here's the point where I'm supposed to offer a neat and tidy solution to this conundrum. Unfortunately, I don't have one. Neither does the Richardson City Council. Someone needs to look elsewhere for a potential replacement system. It's not like this problem is unique to Richardson.

COVID is a great example how everything can change. Mixed use hedges against some of this vs being stuck in office/business only zoning. The idea that a city council is trying to dictate how a developer proceeds? That is a standard that could hamstring ANY developer in the future especially if the same standard is not applied to EVERY project of mixed use, large or small.

Maybe it's time to go back to first principles.

What is the purpose and benefit of zoning?

Asked a different way: what is "bad" about not having zoning?
- e.g. Houston, famously, and many rural areas.

Are there long term comparative studies of "unzoned" vs "zoned" areas and their respective tax bases, quality of life, etc? Surely there must be urban planning PhD's who've looked at this topic.

From first principles again: what is the justification for the City to have a say at all in what a property owner builds?

Is any further control justified? How?

And what is the opportunity cost of a vacant lot sitting for decades, vs something, anything, getting built and paying taxes?

Thanks Mark, appreciate your posts.