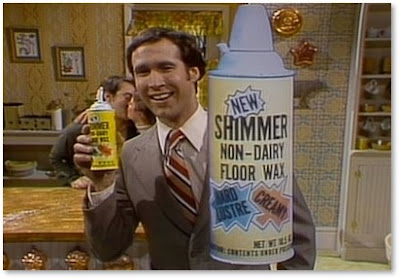 Here's how the City of Richardson's weekly PR email "Week in Review" put it:

The budget also includes a $0.05421 tax rate reduction, rolling the City’s tax rate back to levels last seen in 2006.
Source: City of Richardson.

That's a "tax rate reduction", right? The City says so, right there. Not so fast.

No claim there that $0.56095 is a tax rate reduction. On the other hand, no admission that it's a tax rate increase, either. I guess it's up to us to figure it out ourselves.

Mr. Mayor, I move that the property tax rate be increased by the adoption of a tax rate of 0.56095 which is effectively a 4.23% increase in the tax rate.
Source: City of Richardson.

So which is it? Hint: it's both. Or neither. The terminology is dictated by the Texas state legislature, who wants to call everything a tax hike, unless it's something they do. The sales tax rate is set by the state, and the $3.88 billion in July sales tax revenue was the highest in Texas history, but you don't hear the state telling Texans that the legislature is responsible for a tax rate increase. For more on the confusing terminology, read "When is a Tax Hike not a Tax Hike?" from 2013 in the archives here at The Wheel.

Spokesman: [enters quickly] Hey, hey, hey, calm down, you two. New Shimmer is both a floor wax and a dessert topping! Here, I’ll spray some on your mop...and some on your butterscotch pudding.

Wife: And just look at that shine!