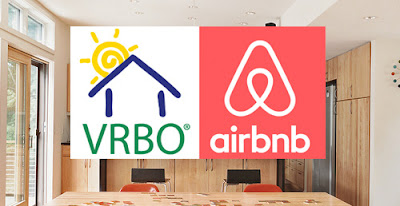 The City of Richardson is likely to adopt short-term rental (STR) regulations. Richardson is not the first city to try this. It won't be the last. There is a legal thicket surrounding cities' attempts to adopt STR ordinances. Several key cases are still working their way through the courts and haven't yet reached a final judgment. Courts have looked more favorably on reasonable regulation than outright bans. So, rather than risk having more aggressive regulation tested in court, Richardson's regulations are geared to trying to control the nuisances (noise, parking, trash) that STRs bring to neighborhoods.

Why the timidity? Perhaps Richardson just doesn't want the cost of lawsuits from homeowners who object to losing the right to use their properties as they see fit, especially as there's a decent chance the City will lose such lawsuits. Or maybe key players in City government privately side with such homeowners. They might believe STR owner rights outweigh the rights of neighbors who want the STR nuisance factor eliminated by eliminating STRs themselves. What we do know is that the law is not settled enough for anyone to claim that the City of Richardson has no options. There's no established law (yet) that says the City can't be a little more aggressive here, especially as regarding zoning. The City is choosing on its own to "focus on regulations that have been confirmed by case law as defensible."

Here is the City of Richardson's own summary of the law, as presented to City Council September 19.

Note that the City of Richardson's presentation doesn't mention that Arlington's regulations, which an appeals court has upheld, create STR zones, outside of which STRs are banned. Unless the Texas Supreme Court reverses, the City of Richardson is willingly choosing not to adopt Arlington's zoning approach to regulate STRs, which current case law suggests is defensible.

An article in The Texan suggests a different reason why Richardson is not seeking to ban STRs. Prompted by the City of Fort Worth holding public engagement meetings as it determines whether to change its own laws regarding STRs, the article states "Currently, Fort Worth does not allow any STRs to operate within residential zoning districts, [assistant city manager Dana Burghdoff] explained, however, the city knows they are operating there illegally." The fact that STRs are operating illegally may be an admission that Fort Worth realizes that bans are not practical, so regulation might be a more effective approach to control. That applies in Richardson as well. The City is tacitly admitting that trying to enforce any type of outright ban would require more draconian enforcement actions than the City is willing to contemplate.

Caveat: IANAL so my legal analysis here might be crap.
at 6:00 AM
Email ThisBlogThis!Share to TwitterShare to FacebookShare to Pinterest
Labels: LocalPolitics

The City Council voted September 26, 2022, to approve an ordinance that provides regulations for the operation of short-term rentals in Richardson.