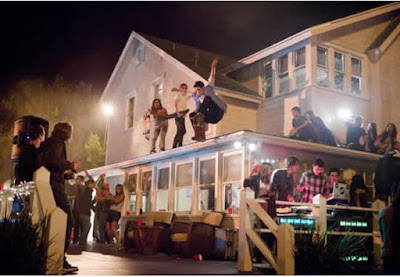 The Richardson City Council reviewed a possible ordinance regulating short-term rentals (STRs). This is in response to a public outcry over an out-of-control explosion in the number of short-term rentals in the City of Richardson, accompanied by an enormous number of nuisance violations (noise, parking, trash). (The police chief was on hand to define "out of control" and "enormous": he said that the police receive "a handful" of complaints each year.) But the public wants short-term rentals banned, so the City Council has to do *something*. So they shall.

If you want to be heard about what the "something" should be, next Monday's public input session at the City Council meeting may be your last chance. What's likely then is approval of an ordinance that shall:

All well and good. I support this. But I don't for a minute think this will solve the problem residents have with STRs. Many people don't want STRs regulated; they want them gone. All regulation will do is eliminate excuses by STR owners and guests that they didn't know that they couldn't have wild parties after midnight because no one told them. Now I admit that's something. And it gives the City Council an accomplishment to put on their next campaign flyer — "Passed Tough Short Term Rental Regulations". So for the Council members, that is really something. Color it done.

By the way, a woman in the audience really, really wanted to speak during the STR discussion, frantically putting her hand up several times, but the public is restricted to speaking only during the public comment section of the meeting, so she was ignored, except for two different people (a police officer and a staff member) coming over to speak to her privately. I hope she returns next week and speaks publicly when she's allowed. She'll learn how the Council can ignore her after listening to her, too.

The City Council had two other items of business on their agenda: