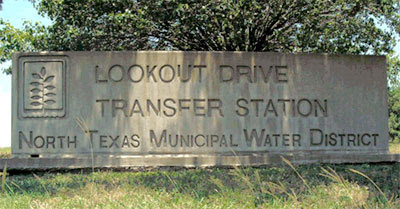 Lots of news from Lookout Drive recently. First was the announcement that Owens Spring Creek Farm was closing. Then was the ribbon cutting for Richardson's new fire training center. This week, down in Austin, the rebuilding of the Lookout Drive Transfer Station (LOTS) gets one more step closer to reality.

That trash transfer station has been a regular topic here on The Wheel. Most recently was last November, after a public hearing on the project, when the neighborhood learned that the North Texas Municipal Water District (NTMWD) had made all the concessions they were going to make to address the concerns of the neighborhood. Next week in Austin the neighborhood makes its last (?) ditch effort to stop the project as the Texas Commission on Environmental Quality (TCEQ) holds a review of a request for reconsideration of the TCEQ's decision that the NTMWD project application meets the requirements of applicable law.

After the jump, the TCEQ's response to the neighborhood complaints.


One by one, the TCEQ rejected the objections raised by the neighborhood. Excerpts of TCEQ's responses to comments:
Importantly, the document ends with this: "No changes were made to the Draft Permit in response to comments." In other words, what else ya got?