TIL: The Return of Great Power Rivalries 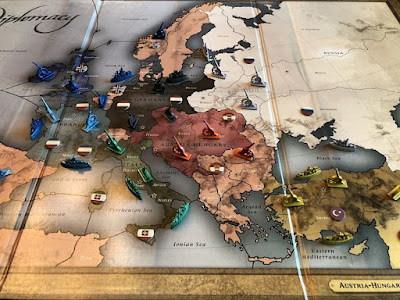 The 20th Century dawned as a true multipolar world. The world in 1914 was dominated by Great Britain, Germany, France, Austria-Hungary, Russia, the Ottoman Empire. But when the sun set at the end of the 20th Century, we lived in a unipolar world, a Pax Americana.

Former Secretary of State Madeleine Albright has an opinion piece in the New York Times in which she updates us on what's happened in the first twenty years of the 21st Century.

Mr. Putin and his Chinese counterpart, Xi Jinping, like to claim that we now live in a multipolar world. While that is self-evident, it does not mean that the major powers have a right to chop the globe into spheres of influence as colonial empires did centuries ago.

Ukraine is entitled to its sovereignty, no matter who its neighbors happen to be. In the modern era, great countries accept that, and so must Mr. Putin.

I used to accept the theory that American dominance of the world stage would inevitably end, sooner or later, and that a multipolar world would emerge. But I assumed that that world would be run on free market, democratic principles modeled after the rules of Pax Americana. Today I learned that that's not likely.

I don't know what my long-running assumption was based on. Motivated reasoning, probably. I now have to admit that a different outcome is more likely. It's happened before. In the 19th Century the Great Power rivalries played out on the world stage by autocrats "chopping the globe into spheres of influence," as Albright puts it. Today, Russia is seeking to chop the map of Europe and assert military dominance over Ukraine, as in days of old. China is keeping one eye on how Russia's move plays out while keeping another eye on Hong Kong and Taiwan, ready to make its own move. Just like that earlier Great Power era ended in collapse of the world order and the destruction caused by two horrific world wars, a return to that kind of Great Power rivalry risks doing the same in the 21st Century. And today, that's the direction we're headed.