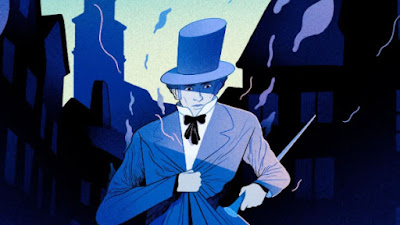 Thinking about the inherent conflict between American individualism and Christian selflessness, and how some people can comfortably hold both in their heads simultaneously, I found some paragraphs from a Kierkegaard biography relevant. They are about true faith. They also made me think of Donald Trump.

When God commanded Abraham to take Isaac—"your son, your only son, whom you love," the text emphasizes in Genesis 22—and slaughter him with a knife on top of Mt. Moriah, it was contrary to every natural feeling and ethical principle. It was even contrary to God’s own earlier promise that Abraham would become, through Isaac, the father of a great nation. Yet Abraham obeyed—and his reward was to see Isaac saved at the last minute, when an angel appeared and told him he had passed God’s test.

Because the story is so familiar, it is easy to glide past its transgressive implications. Imagine, Kierkegaard writes, that a Danish pastor in the nineteenth century made the sacrifice of Isaac the subject of a Sunday sermon, and one of his congregants was inspired to go home and murder his own son for the sake of God. If the pastor found out, he would surely go to the man’s house and exhort him not to do it—and this exhortation would be far more earnest and passionate than the original sermon, showing where his real conviction lay. Abraham had a kind of faith that even the most religious people lack: he believed that God had the power to suspend morality. More, he trusted that somehow God would make it possible for him to kill Isaac and still keep him, which is logically impossible. True faith, Kierkegaard insists, believes "by virtue of the absurd"—which is why almost no one has it.

Almost no one has true faith? I've read this before and nodded my head. I thought, I thought everyone thought, that Abraham was uniquely fervent, maybe even temporarily insane. No one else would do something so seemingly crazy. Now I'm not so sure there aren't many more people like Abraham in our midst. The 2020 election has changed my mind. 74 million Americans voted for Donald Trump.

As Matt Bai said, "it’s shocking evidence that Trumpism only grew in popularity over the four years in which Trump himself was conducting a national seminar in mismanagement and bigotry." Even after Trump incited an insurrection attempting to overturn the results of the election, his hold on those 74 million Americans appears just as secure. Secure enough for them to think they could overthrow democracy and still keep it, too. They exhibit what Kierkegaard called true faith "by virtue of the absurd."

Somehow I doubt Trump's unifying Father's Day message will do much to win over the 81 million voters who preferred Joe Biden. Still, in his followers' minds, true faith makes the absurd not absurd at all. 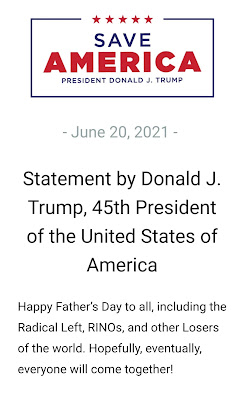