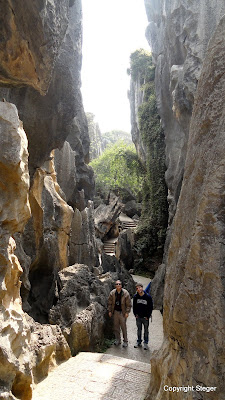 I want to offer some exculpatory information about China's role in the COVID-19 pandemic. And point a finger back at ourselves— collectively. We are guilty of ignoring warning signs that have been flashing for years. Let's start with SARS. Bear with me. Eventually, I'll get to the "...and Me" part of the story and the excuse I have for talking about a global issue on a personal blog at all. Hint: it's related to that photo.

The COVID-19 disease is caused by the SARS-CoV-2 virus. It's related to the SARS-CoV virus (now called SARS-CoV-1) that caused the infectious disease outbreak known simply as SARS. It was pretty scary for a while in 2003. Then it wasn't. The New Yorker has a story about Ali S. Khan, who once headed the C.D.C.'s National Center for Zoonotic, Vector-Borne, and Enteric Diseases. David Quammen writes, "Some people loosely say that SARS 'burned out,' having killed only seven hundred and seventy-four people worldwide. It didn't burn out. As Ali Khan told me, it was stopped."

Quammen asks Khan about COVID-19, "Why were most countries—and especially the U.S.—so unready? Was it a lack of scientific information, or a lack of money? 'This is about lack of imagination,' he said."

There's been a lot finger pointing at China for miscommunication and lack of transparency in the early days of the COVID-19 outbreak. First, there were early claims that the coronavirus emerged from a wet market. That was at best a hypothesis, not a certainty. We still don't know where the novel coronavirus came from, but most scientists believe it evolved naturally and wasn't engineered in a lab. Second, there were early claims that the coronavirus was not transmissable from human to human. That was just plain wrong. China screwed up, no doubt. But China did a lot of things right, for a long time before that.


Zheng-Li Shi is a virologist in her fifties, educated in Wuhan and France, who runs a lab at the Wuhan Institute of Virology. She made her first bat-catching expedition into Chinese caves in 2004, and a year later helped lead a group of researchers who showed that the sars virus, discovered by Peiris to cause the syndrome in people, came to humans from bats...In 2013, she co-wrote a paper casting light on how some bat-borne coronaviruses—but not others—succeed in infecting humans.

Around that time, Shi and her team began focussing on a cave on the outskirts of Kunming, the capital of Yunnan Province, in an area famous for its picturesque karst formations. Sampling bodily fluids from bats that used the cave as a roost, the researchers found a great diversity of coronaviruses, including three carrying just the right equipment—spike proteins capable of seizing ace-2 receptors—for infecting humans. "This work," they warned in a 2017 paper, "highlights the necessity of preparedness for future emergence of sars-like diseases."

A couple of things there. Most importantly, those paragraphs highlight that China has been openly studying bat viruses for a long time. And warning the world to take coronaviruses seriously. The 2017 paper explicitly calls for preparedness. If we in the US (and elsewhere) ignored those warnings, that's on us. Pointing fingers at China does not excuse our own sins of omission.

Second, it's time to get back to that "...and Me" part of the title. That mention of Kunming caught my eye when I read The New Yorker piece. In 2012, I visited Kunming with my wife and son, and we toured those "picturesque karst formations." That photo above was taken there. You can see more photos in our Kunming photo album. Spectacular scenery. Kunming and Yunnan Province are great places for tourism, if a little out of the way. We didn't enter any caves. We didn't see any bats. We certainly didn't catch SARS. But reading The New Yorker article and remembering my own travels, I realize that it could have been me (but wasn't, I want to stress) who brought back a novel coronavirus from China to Richardson and unleashed a pandemic on the world. It hammers home the old saying about it being a small world. Let's not ignore the always present threat of infectious diseases. Let's get ready now to make the next outbreak less damaging than COVID-19 has been. But we always say that, don't we?