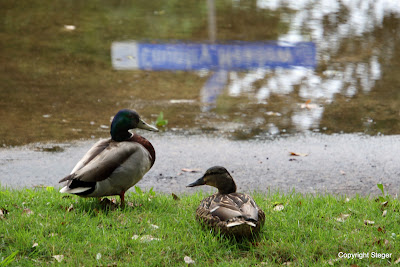 For the last couple of years, I have tried to get the City of Richardson to do something about the standing water in the street in front of my house. So far no luck. In summer it breeds mosquitoes. In winter it's a slip-and-slide ice rink. I've reported it via the "My Richardson" app; my report disappeared from the list of open issues; no work was ever done. I was told that the issue is "closed" when it's passed on to the appropriate city department. Not when it's actually resolved, just when the buck has been passed to someone else. So maybe my issue is sitting somewhere in the system and will be addressed by someone, sometime. Or not. There's no way to tell from the app. In the meantime, the ducks seem to be enjoying themselves on my city-owned and unmaintained duck pond. So there's that.

Bonus photo after the jump. 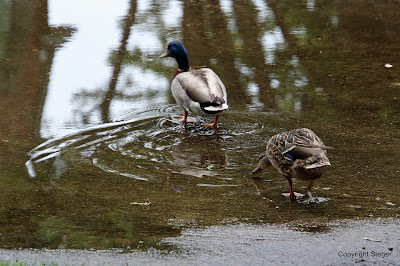 Update: Well, the ducks are gone. I'm not sure it was a good trade-off but at least the City of Richardson now ought to be interested in my problem with standing water in the street.

The gator got the City's attention. The City fixed my street's standing water problem.