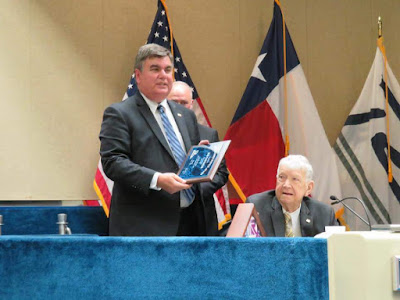 
Townsend was first elected to the City Council in 2001 and served until deciding not to run for re-election earlier this year. His term ended last month. During his time on the Council, Townsend also served as Mayor from 2011-2013, Mayor Pro Tem from 2007-2011 and again from 2013-2015.

To mark the sad occasion, we republish Bob Townsend's responses to questions posed by The Wheel last year in our first (and so far, only) online Town Hall Meeting.
August 5, 2016

Q1. You have been on the Richardson City Council since 2001. What accomplishment are you most proud of?

Q2. What accomplishment do you most hope to achieve during the remainder of the current council term, which expires in May, 2017?

Regarding your second question, I want to see the development of a plan, including financing, for major upgrades to the City's infrastructure. That is the critical issue facing the City now.
at 6:00 AM