I Now Own a Hotel 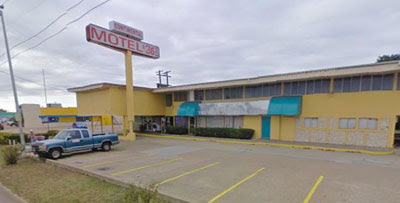 Perhaps you heard the news: "Richardson Purchases Property On Central Expressway". That property is home to the Continental Inn. That makes you, Richardson resident, a hotel owner. But not for long. The hotel is a drag on redevelopment and is being demolished.

We can hope that the city council has a plan that's unfolding here, maybe a developer waiting in the wings to step forward and buy that property from the city (and maybe others nearby) and announce plans to build a new hotel/shopping/restaurant/residential complex that will spur a renaissance for all of southwest Richardson. We can hope that, because otherwise, Richardson just spent $2.2 million for a vacant lot and a dream.

After the jump, a few questions about the deal.


First, during the discussions about redevelopment of the West Spring Valley Corridor (of which this property is a part), I don't recall discussion about whether the city would get involved as a property owner in that redevelopment. Zoning changes, yes, some creative tax financing, maybe, but buying up land itself? Maybe I just missed it. Maybe a $2.2 million land investment in southwest Richardson is considered too common to make a big deal about, so the discussion slipped by me. I wonder what else slipped by me. How much other money is earmarked for land purchases in this or other areas of Richardson?

Second, where is that money coming from? I followed the budget discussions last year in some detail, although I admit my eyes glazed over now and then. Just a few weeks ago, the city council held a budget retreat to start planning for next year's budget. I don't remember there being mentioned $2.2 million in the budget for buying a hotel. I can understand why you don't want to negotiate real estate deals in public, but shouldn't there have been at least some public discussion about a line item in the budget for investing in real estate? Again, maybe I just missed it. Maybe there was a $2.2 million line item in the budget all along. Or maybe it's an even bigger number. If it's there and I missed it, bad on me.

Third, Richardson just made a big deal over starting planning for redevelopment of the Main Street / Central Expressway Corridor. Technically, the Continental Inn falls just outside that corridor, but, still, it's right on Central Expressway. If the city just spent $2.2 million on the property, you want to believe that the city has a pretty good idea what's going to go there. Whatever that plan is, as a practical matter it's going to narrow our options for the rest of the Central Expressway Corridor. This purchase kind of stacks the deck for that planning. It kind of makes the exercise of gathering public input look like, well, just an exercise, full of motherhood and apple pie questions but leaving out anything of real consequence, like, for example, "Should the city consider purchasing, say, the Como Motel?"

I hate to sound negative. I'm thrilled to hear that the old Continental Inn is being bulldozed. I just wish that the city council hadn't surprised me with the bill.

This consent agenda item was routinely approved by the Richardson City Council without discussion at its June 25, 2012, meeting:

"Resolution No. 12-13, authorizing the City Manager to negotiate and execute an Assignment of Contracts with Hermansen Land Development, Inc. regarding the purchase of approximately 3.0144 acres of land and approximately 0.339 acres of land out of the Lavinia McCommas Survey, Abstract No. 927, City of Richardson, Dallas County, Texas, commonly known as 750 S. Central Expressway and 758 S. Central Expressway, respectively; authorizing negotiation and execution of other agreements and documents and other actions necessary to purchase said properties."

Consent agenda items "ARE CONSIDERED TO BE ROUTINE BY THE CITY COUNCIL" and receive "NO SEPARATE DISCUSSIONS." I would have thought that spending $2.2 million is not "routine" and is deserving of discussion. It's not that I necessarily oppose the action. I do question the process.

I am told that the money came out of the "Capital Projects - Special Projects Fund" - see Page 42 of the 2011-2012 Budget at http://www.cor.net/modules/showdocument.aspx?documentid=1031

This is a fund that contains a small amount of money that is set aside in case there is a need for capital spending not foreseen in the budget at the beginning of the year. This would be somewhat similar to having the 2010 bond money set aside for a park in Southwest without any clear idea of when the money to pay for the land for that park would be needed....although in this case, no bond money was used for the Continental Inn.

So the money, if I got the story right, was allocated last year or even earlier whenever the Special Projects Fund was funded...which is an ongoing fund so it could have been anytime.

If you think about it, the purchase of the Continental Inn was probably opportunistic - the City hit the owner at just the right time. So the City would have already needed the money to be allocated since it wouldn't have been a line item in the 2011-2012 budget (which had already been approved months earlier). This is certainly like the park in Southwest, in that the City had no expectation that they would find the land so quickly.

How do you suppose the City handles situations in which something which they want in the long term just falls in their lap, and they don't have the time to wait until the next budget cycle to approve the funds without losing the deal? The City Council would have to approve the transaction in any case.

Note: this is from a conversation with a department manager at the City; any errors in representing what he said are mine own...

Bill, thanks for getting information from the city on my questions. I defy anyone (other than maybe a city dep't manager) to find on page 42 a line item where that $2.2 million was kept. Or find any discussion in the videos of council meetings last year when the budget was set that it contains $2.2 million (or more) for opportunistic land purchases like this. Just how much money was budgeted? How was the amount arrived at? Consent agenda with no discussion? Really!?!