The Supreme Court has Gone Rogue 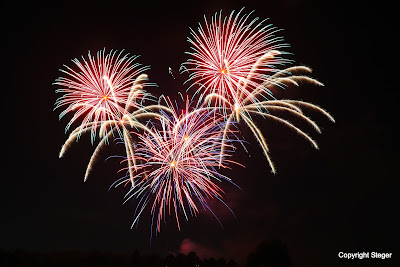 The Supreme Court refuses to respect prior rulings by the Court. It has gone rogue. Just this term, it overturned major rulings that were settled law for decades. Rove v. Wade is the obvious one. But the decision to prohibit the EPA from regulating power plants is perhaps even more threatening to our American system because of the legal reasoning behind the decision. The Court based its decision on what's called the nondelegation principle. That holds that Congress cannot delegate its rights to the Executive Branch. Think of all the regulations of the federal government. Almost all of them are set by agencies of the Executive Branch. The agencies were given the authority to create administrative law through laws enacted by Congress. It's this action by Congress that the Supreme Court has said is unconstitutional. If all that is not bad enough, it gets worse.

The Court has signaled that under threat are even more important parts of our democratic system (as if that's even possible, but it is). The Court agreed to hear a case next term that might overturn the Voting Rights Act entirely, instead of merely hobbling it like the Court did in 2013. States will no longer have to pretend their gerrymandering isn't for racial grounds. States' rights will let them gerrymander for whatever reason they want, with the federal government prohibited from interfering. It also might decide whether state legislatures can overturn the will of the voters and award a state's electoral votes to whichever candidate the legislature wants versus who the voters in that state voted for. If all that is not bad enough, it gets worse.

I fear that the natural end of this course is already visible in what has begun in Texas. The Texas state GOP has a plank in its 2022 platform to put secession to a popular vote in Texas. If that happens, Texas could secede. I used to think that was crazy talk, that secession was decided once and for all when the South lost the Civil War. But the only law prohibiting states from seceding is a Supreme Court opinion from 1868. This modern Court does not honor prior opinions. There's nothing preventing them from deciding that long-standing ruling was "wrongly decided." Without explicit Constitutional language, this Court could easily rule that the Constitution does NOT prohibit secession. Then it's Katie Bar the Door. Am I predicting that? Yeah, I fear I am. And if it happens, it will be sooner rather than later. This Court doesn't need to wait for a Republican President, for a Republican Senate or a Republican House to rule for Texas secession. I think right now the odds of that coming to pass are not yet better than 50/50, but that's high enough to scare me. It should scare every patriotic American, even traditional Republicans. Like I said, the Supreme Court has gone rogue.

Happy Fourth of July! Enjoy it. It might be one of our nation's last.