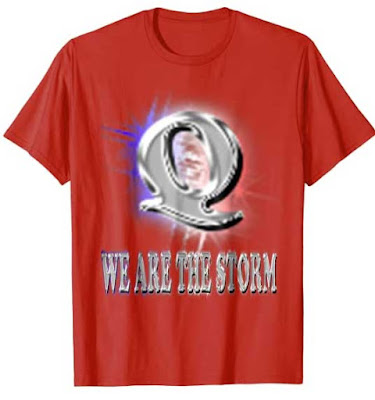 QAnon "is a far-right conspiracy theory alleging a secret plot by a supposed "deep state" against President Donald Trump and his supporters. No part of the theory has been shown to be based in fact...Q has accused many liberal Hollywood actors, Democratic politicians, and high-ranking officials of being members of an international child sex trafficking ring. Q also claimed that Trump feigned collusion with Russians to enlist Robert Mueller to join him in exposing the ring and preventing a coup d'état by Barack Obama, Hillary Clinton, and George Soros."

There's more, much more. It used to be that conspiracy theories floated on the fringe of American politics. Today, they are embedded in the highest ranks of state and federal government. "Highest ranks" is not hyperbole.

"I've heard these are people that love our country. So I don’t know really anything about it other than they do supposedly like me." -- President Donald Trump

"Honestly, John, I don't know anything about that. I have heard about it. We dismiss conspiracy theories around here out of hand." -- Vice President Mike Pence

What about Republicans in Texas? They claim it's pure coincidence that the new Texas GOP slogan is one used by QAnon. 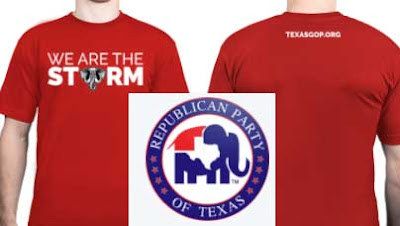 "Shortly after Allen West took over as the Texas GOP chair last month, he gave the party a new slogan — "We are the storm" — and plastered it everywhere: fundraising emails, social media accounts, even on T-shirts and hats for sale." -- Texas Tribune

"The storm has been one of the metaphors that Q and his followers have used to describe the coming upheaval in which Donald Trump reveals himself to have been working heroically behind the scenes to expose and punish those who have been engaged in this horrible satanic child sex cult," Mark Fenster, a law professor at the University of Florida, said. -- Texas tribune

Houston, we have a problem. Texan voters should demand to know where every GOP candidate for the Texas House stands on QAnon, on tolerance within the GOP for the crazy conspiracy theories espoused by QAnon, on the President and Vice President's professed ignorance, and on the Texas GOP's adoption of a QAnon slogan for the Texas GOP's campaign slogan in 2020. Angie Chen Button, Linda Koop, where do you stand?