This article was originally published in "Richardson Living" magazine. Read it on that website or read it here. Or read it in print. Look for it in your mail box. 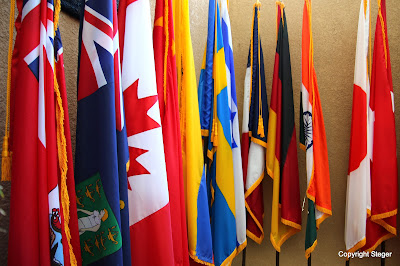 City Hall
The town where I grew up was anything but diverse. It seemed to me like everyone was white and descended from northern European Catholics or Protestants, just like I was. There were no blacks on my street. Or anywhere else in my not-so-small city. There were no Hispanics. Or Asians. No Muslims or Buddhists or Hindus. There were no other ethnic groups in my school. Or in my church. I grew up in Appleton, Wisconsin, in the mid-twentieth century. I thought I was unprejudiced. In fact, I just didn't have any opportunities to test me. To me, diversity meant we had a German Catholic church and an Irish Catholic church. There was no Italian Catholic church, but there was a place to get pizza, said to be the first pizza restaurant north of Milwaukee. That was our ethnic food. You get the idea. Appleton has come a long way since I left town fifty years ago to see the world, but that's the place I came from. 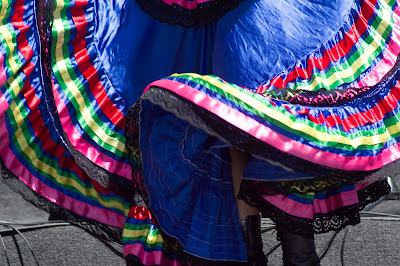 Cinco de Mayo
I now live in Richardson, Texas. Growing up, I had a mental image of Texas as a state that also had a lack of diversity. I thought Texas was filled with cowboys. That was more myth than fact already back then. Today, Texas is one of the most urban states in the country.
With urbanization comes diversity. Houston is "the most racially and ethnically diverse major metropolis in the country, surpassing New York in 2010," according to the Los Angeles Times. Richardson, part of the Dallas metropolitan area, is right up there, too. Richardson's growth might have been aided by becoming a bedroom community for commuters to downtown Dallas, but today it's a major urban employment center in its own right. It boomed as the home of semiconductor, telecommunication, and networking companies. With the boom, diversity came to Richardson, too. The city is now 52% white, 17% Hispanic, 17% Asian, and 10% African-American. High tech jobs drew my wife and me to Richardson, but the rich and growing cultural diversity keeps us here.

We chose Richardson to raise our family because of the good public schools. Growing diversity was part of that. The Richardson school district, with different boundaries than the city, has a student enrollment that is now 35% Hispanic, 31% white, 25% African-American, and 7% Asian. My children grew up in a more ethnically and culturally diverse environment than I did and I'm grateful they did. Through my sons' classmates, they were exposed to Jewish bar mitzvahs and Zoroastrian navjotes and religious services of other faiths. 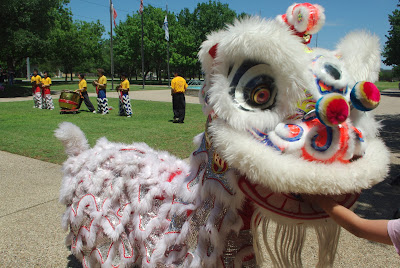 Lion Dance
Some of Richardson's diversity is long established. Some is recent. Seventy-four languages other than English are spoken at home in the Richardson school district. I taught an ESL class (English as a Second Language) to adults from Central America, west Africa, Bangladesh, China, and Syria. One woman wanted to know what "twerking" meant. I found it easier to demonstrate than explain, which led to communication in the universal language: laughter. I benefited from the class as much as they did. 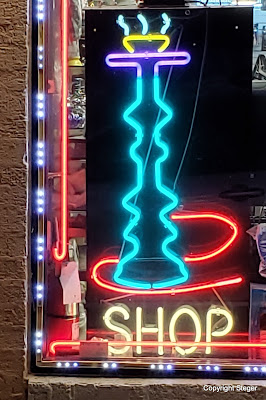 Hookah
Richardson's events calendar is filled with ethnic celebrations open to the community. Attend a single multi-cultural event at your neighborhood school and it's like winning an around-the-world trip all in one place in one night. The dishes that families share with strangers break down walls. The conversations build bonds. The experience also makes you want to search out restaurants where you can get more. That's easy in Richardson.

Bon Appétit magazine named Dallas as its "2019 Restaurant City of the Year," in part because of the restaurants in Richardson. It said, "Richardson, just north of the city limits, is a bit of a trek, but the international eating options are worth it, from the pan-Asian delights of DFW China Town to the poufy Iraqi bread and shawarma sandwiches at Bilad Bakery to the stretchy (!) ice cream and cheesy kunafa at Syrian dessert emporium BigDash." Check out Richardson Living's own annual "Best Bites" awards for more award-winning international restaurants, as well as ones serving traditional American fare like BBQ, burgers, and, yes, even pizza! 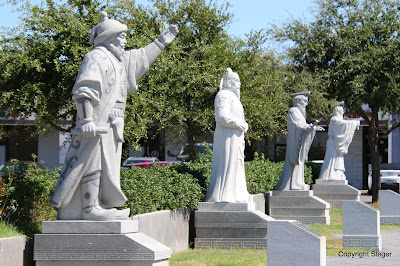 DFW China Town
I've said elsewhere in Richardson Living, in praise of travel, that the time to travel is always now. I know that due to constraints on pocketbook, work, and family, travel is not always possible. Virtual travel without ever leaving Richardson is the next best thing. I am grateful when I have the good fortune to travel the world, but I'm just as grateful for doing it from a base as culturally diverse as Richardson, Texas.