The Olympics: A Look Back at Beijing 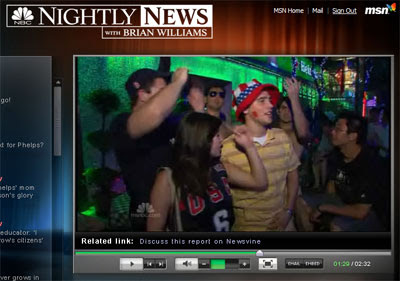 With the 2012 Olympics set to open in London, I couldn't help thinking back to the opening of the 2008 Games in Beijing. John was there, outside the stadium, and even made the briefest appearance on the "NBC Nightly News with Brian Williams." That's him, above, at the 1:29 mark of the video. Good times.

Three years later, Ellen and I were lucky enough to make our own visit to the site of those 2008 Games. Things were much quieter in Beijing in the spring of 2011 compared to the excitement in the summer of 2008, but the site is still impressive and worth a visit. After the jump, photos of the Bird's Nest and the Water Cube.