Jeffrey Frankel, Professor of Capital Formation and Growth at Harvard University, suggests that, listening to the political discourse in this election year, whether Republican, Democratic, or middle-ground observers, a listener would be led to believe that economic statistics show no discernible improvement in the economy over the last three years. He offers three graphs that dispute that. He says you can argue about the causes behind the positive trend, but you can't argue with the data itself. He suggests the reason for the misunderstanding is that data now show "the US economy to have been in far worse shape in January 2009 than was reported at the time." 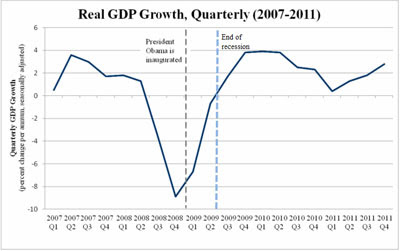 After the jump, the other two graphs. 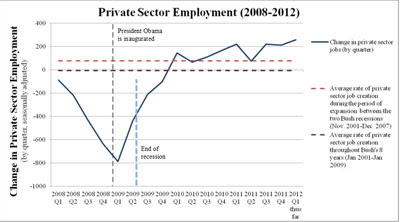 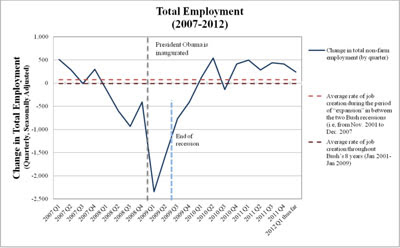