Lookout, TCEQ is Coming to Plano 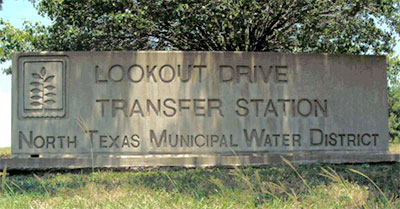 The Texas Commission on Environmental Quality (TCEQ) has prepared a draft permit which, if approved, would establish the conditions under which the new Lookout Trash Transfer Station (LOTS) must operate. The TCEQ has made a preliminary decision that this permit meets all statutory and regulatory requirements. Naturally, dissatisfaction with this decision is directly proportional to proximity to the site.

After the jump, the next act in this long-running drama.


Neighbors will have another opportunity to express themselves at a contested case hearing on January 8, in the Collin County Sub-Courthouse. See The Dallas Morning News story for details. See The Wheel's story for TCEQ's response to neighborhood complaints so far.

There is one change of players in this long-playing show reported by The Dallas Morning News. The grassroots group originally formed to fight LOTS redevelopment was the "Neighborhood Protection Alliance of Richardson." The News reports that it has disbanded (although you can't tell by NPAR's website). The News says a new organization, "Lookout for Richardson" has formed. If they have a website, I can't find it.
at 7:00 AM